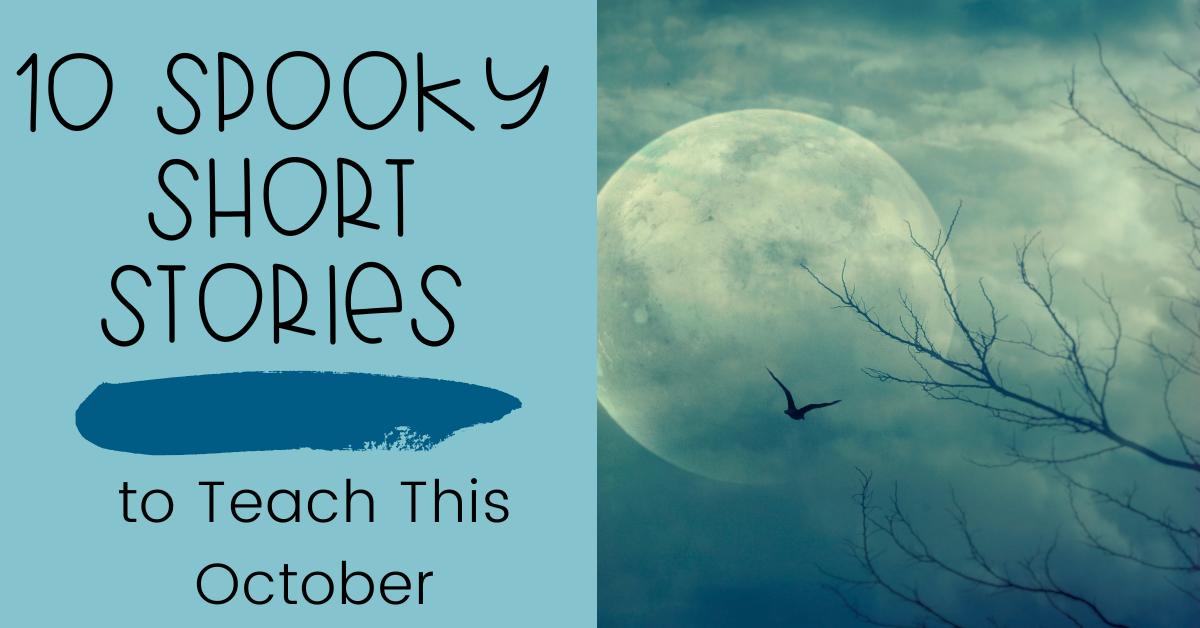 The season is upon us. Color-changing leaves. Cooler temperatures (unless, like me, you’re in FL, where fall isn’t really a thing). Pumpkin spice EVERYTHING. And, of course, all things spooky.

While known for his novels, Dickens also wrote short stories. I used this story with my 12th grade English IV.

A narrator with an obsessive disorder. A gloomy mansion. A beautiful, yet ill, woman. All the makings of a Poe story. Egaeus’ obsession is sated, but at what cost?

Perfect for students who’ve enjoyed Poe’s other famous works, such as “The Cask of Amontillado” or “The Tell-Tale Heart”.

Aylmer – a brilliant scientist who’s put aside his experiments to marry. Georgiana – a woman whose beauty is marred only by a birthmark in the shape of a hand on her cheek. An obsession (seeing a trend here?) Alchemy. Poisons. A tale of the cost of perfection.

Dahl is known for his novels, such as Charlie and the Chocolate Factory and James and the Giant Peach. But he wrote some pretty disturbing short stories as well.

The young narrator, Billy Weaver, moves to Bath in search of work. In the midst of a decrepit neighborhood, he finds a bright spot – a charming Bed and Breakfast. However, all is not as it seems, as Billy soon learns. A surprising twist ends this creepy tale.

A slightly mad scientist/doctor. A withered rose. Magic water from the Fountain of Youth. Four elderly men longing for their youth. What could possibly go wrong?

(Fun side note: the Fountain of Youth is said to be found near Lake Macaco, now known as Lake Okeechobee, FL – my former town.)

One of Poe’s shorter and less-known works, “The Oval Portrait” opens with the narrator seeking refuge in an abandoned chateau. In true Gothic short story fashion, our narrator develops an obsession – this time with paintings and the book found on his bed. One painting, in particular, caught his attention – a painting so lifelike the narrator mistakenly thought it was a living person. Through the book, the narrator learns of the painting’s tragic consequences.

Best known for his ironic tale of a woman dissatisfied with her lot in life, de Maupassant also tried his hand at the creepy and gruesome.

The story revolves around an Englishman named Sir John Rowell, who was fond of hunting. Rowell has a strange decorating aesthetic – a dried human hand mounted and chained to his wall.

A murder and a missing hand leave the reader wondering how it all connects.

“A Rose for Emily” – William Faulkner

The only first-person story on this list, “A Rose for Emily” is divided into five sections, each one recounting a different part of Emily’s life.

A scandalous romance. A mysterious package labeled “For rats”.  A marriage unlikely to occur. A disappearing citizen. And a twist that shocks readers every time.

Written by a narrator/author determined to convince his critics that he can, in fact, tell a moral tale, the story centers around Toby Dammit, a man of many vices, including a fondness for the phrase, “I’ll bet the devil my head.”

A dark, gloomy covered bridge with a turnstile. A strange old man who takes a strong interest in Toby’s boast that he can jump over the turnstile. And a grim reminder of the price of arrogance.

The source of another dark Johnny Depp movie, as well as a CW tv show, Irving’s tale centers around Icabod Crane, who comes from Connecticut to Sleepy Hollow, New York, to be schoolmaster of the small village. A beautiful, yet seemingly unattainable woman. A local legend featuring a Headless Horseman. The pranks of the village’s favorite – and presumed suitor of said beautiful woman. What will become of Icabod? 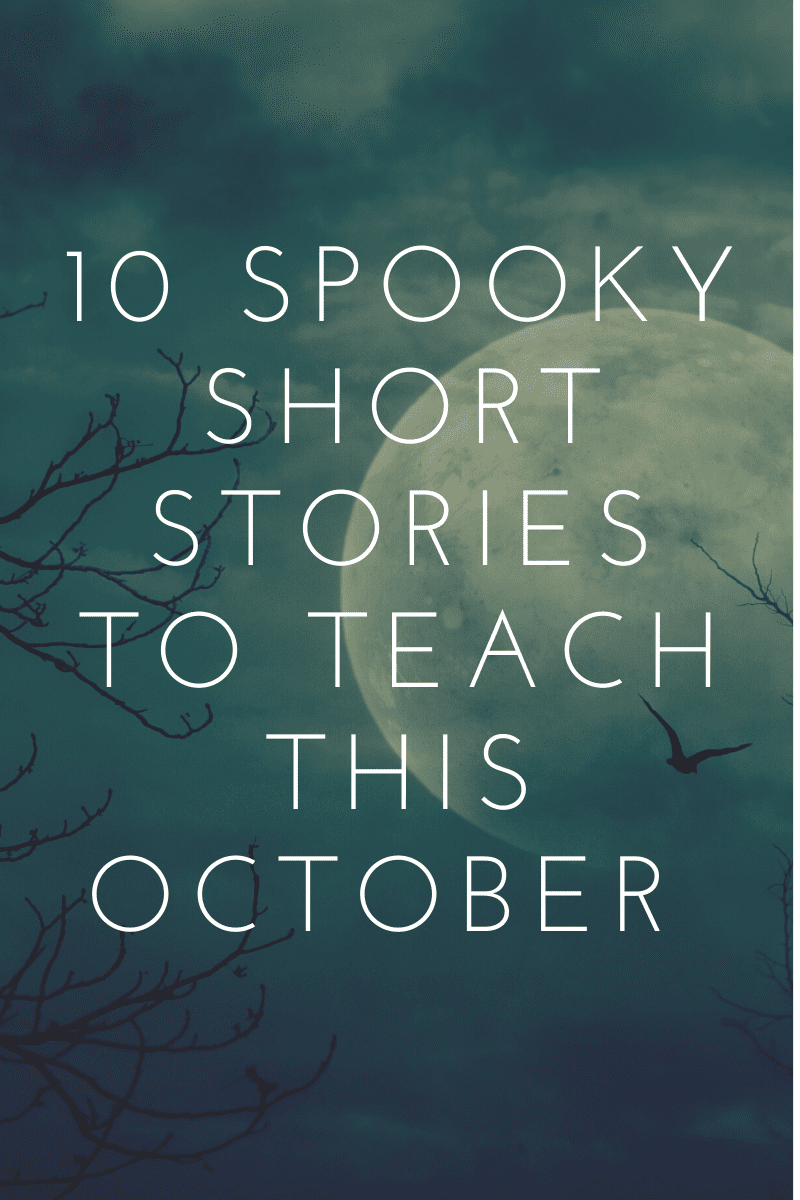 So there you have it – my ten recommendations for spooky short stories. What’s your favorite short story to teach in October? Let me know below.

Interested in more spooky short stories? Then check out 11 Spooky Short Stories for Halloween for new texts to try. 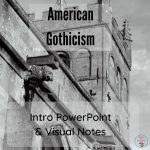 Interested in a low-prep Gothic literature unit? Check out my Gothic Liteature bundle. 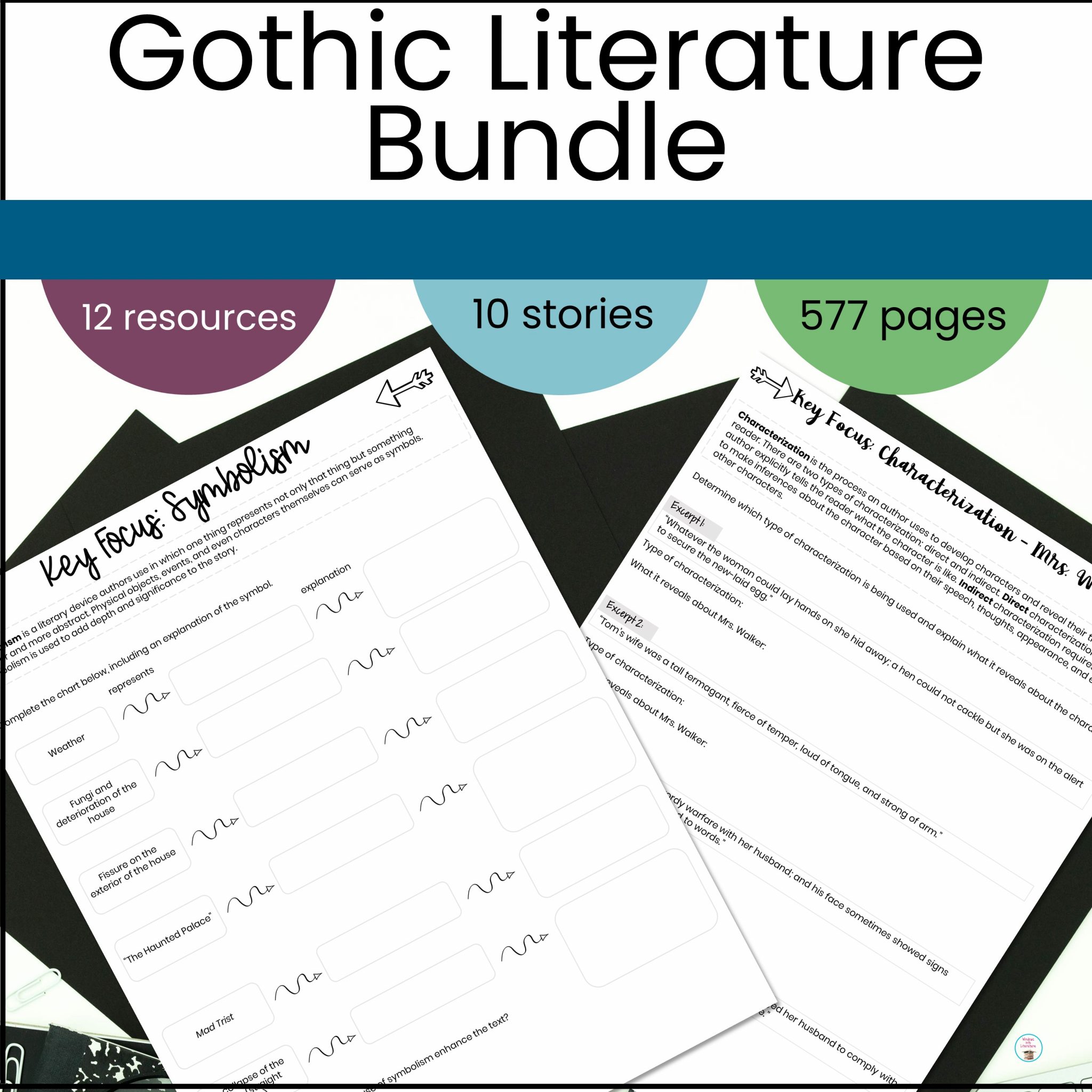