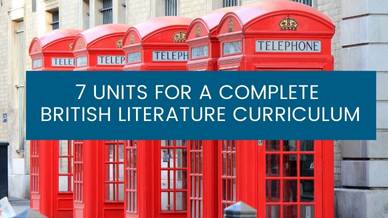 In my 12 years of teaching, I’ve taught everything from 4th to 12th grade. My favorite (and current teaching position) is 11th grade (click here to read more about my go-to units for American literature). Coming in at a close second for my favorite to teach is Brit Lit. I love Shakespeare (the comedies over the tragedies) and anything Austen or Bronte. Beowulf, The Canterbury Tales, Animal Farm – all some of my staples.

When I served as the special education inclusion teacher, several of my cooperating regular ed teachers started with “The Seafarer” and “The Wanderer” – two A-S poems. If you’re looking for a good intro activity for these, check out these Anglo-Saxon riddles.

In my own classroom, I usually skipped these and went straight to Beowulf.  Skills and concepts to focus on:

We’d read the excerpts from the textbook, and oftentimes I’d show clips from the movie for comparison/contrast. My favorite activity though was to have students create a Modern Beowulf story – essentially, set Beowulf in the 21st century. The only requirements were a protagonist, antagonist, conflict, and eventual “winner” (so basically every hero story ever). I always got some interesting and creative responses.

Another fun activity is to have students write boast poems.

If you have access to John Gardner’s novel Grendel, read excerpts to flip the narrative. Told from the perspective of the “monster”, the novel highlights the main plot points of Beowulf as well as provides great insights into the psychology of why we do the things we do.

No Middle Ages unit is complete without some Canterbury Tales and Arthurian Legends.

With The Canterbury Tales, it’s helpful to provide background information on the time period. This virtual field trip  is a perfect introduction to this text.

I always liked to start with showing my students excerpts from the Prologue and having them try to read it. It never failed – they’d argue me that it was not English. Then, I’d read a bit of the text in the original Middle English (I took a Chaucer class in college, so I had to learn to read the first 30-someodd lines of the Prologue) and we’d talk about the evolution of the English language.

If you decide to cover the whole Prologue, using some kind of tracker, such as character graphic organizers is helpful. Otherwise, introduce students to the format of the pilgrim descriptions by focusing on the ones whose tales you plan to cover (the Wife of Bath and the Knight are the most common). When I was in high school, we had to write our own pilgrim description following Chaucer’s format.

Arthurian legends are another staple in a Middle Ages unit. My go-tos were always Sir Gawain and the Green Knight (now a movie) and Le Mort d’Arthur. Both of these texts make great tie-ins to the hero’s journey and Beowulf.  Two activities I always had luck with were creating a knight and a R..A.F.T. essay (letter written as Sir Gawain explaining your motivation for stepping up and your feelings about your upcoming battle).

I’m a believer in providing historical context when possible before I start a unit. With my English Renaissance unit, I’d always review this Prezi.

Typically, this unit is really just a Shakespeare unit, with maybe a few random poems threw in. I like to do a close reading of a few sonnets – Shakespeare, Spenser, and Browning – to ease students into the language of the period. Pop Sonnets are another great way to introduce Shakespeare’s language. Make it more fun by having students compete to see who can correctly identify the most songs, or even have them write their own.

I bounced between several different plays depending on the makeup of my classroom. The year I had mostly boys, we studied Macbeth. My other two favorites are Twelfth Night and Much Ado about Nothing.

Twelfth Night is particularly fun, because not only do you have She’s the Man, but also Dil Bole Hadippa – the Bollywood version (I lived in India for almost two years, so I’m a bit partial).

The film version of Much Ado about Nothing is fantastic too. Kenneth Branagh, Emma Thompson, Denzel Washington, Keanu Reeves, Michael Keaton, Kate Beckinsale – I mean, what a cast! Just be sure to fast forward through the bathing scene at the beginning.

This is another fun unit. You have satire with Swift. You have carpe diem poetry with Marvell and Herrick. You have social commentary.

A Modest Proposal is a great introduction to satire. Pair with articles from sources like The Onion, clips from Saturday Night Live (my go-to was the one about living in a van down by the river), and these demotivational posters. It’s always interesting to see students’ initial responses when they think Swift is actually condoning eating babies.

Guiliver’s Travels is another great piece for examining satire. Pair the text with either the 1939 cartoon version (the one I grew up watching) or the more recent Jack Black version.

The second half of my unit was always devoted to what I termed “carpe diem” poetry. “To His Coy Mistress” and “To the Virgins to Make Much of Time” were the anchor texts for this part of the unit. To introduce the concept of carpe diem, I showed two videos – the clip of “Seize the Day” (the literal translation of “carpe diem) from Newsies and Tim McGraw’s “Live Like You Were Dying”. I also asked students what they would do if they knew they only had X amount of time left. The results were…enlightening.

Admittedly, the last time I taught Brit Lit, I ended up having to cut out these next two units due to time constraints (semester-long courses). However, if/when I get to teach it again, I definitely plan on including:

This unit was also sadly overlooked for the most part, although I teach “The Lady of Shalott” one year to my freshmen. For that lesson, we looked at two things: paintings of the poem and source material.

The previous two units/time periods were largely skipped because I wanted to cover some of these texts. “The Rocking-Horse Winner”   is a great study of greed and the pressure to please those we love. “Araby” is a go-to coming-of-age story (check out this post for more of these stories). And of course, one of my favorites – Animal Farm.

I’ve taught Animal Farm to both 9th and 12th graders. One of the things I love about the novel is that it is accessible to both levels, depending on how in-depth you want to get with your discussion.

One of my favorite activities was Make Your Class Animal Farm. Students will throw each other under the bus quick for some candy. Another activity I had great success with was my soundtrack project. An escape room is also a solid option if you want to add some competition to your unit. Provide historical background on the Russian Revolution to tie in some nonfiction pieces. Animal Farm is also a great study of propaganda.

Another great study of propaganda is 1984. I only got to teach a small section during my student teaching, but it’s high on my list for the next time I get a Brit Lit class. Censorship. Propaganda. The idea of “Big Brother”. Very relevant today.

If dystopia is more your thing, then Brave New World would be a good choice for a unit novel.

So there you have it. My British Literature curriculum staples. What are your favorite Brit Lit texts? Reply below with your “must teaches”.

Interested in more teaching ideas and resources for the texts listed above? Subscribe to the newsletter below. Get your free British Literature Curriculum Map/Scope & Sequence, and be the first to know about new blog posts and teaching resources! 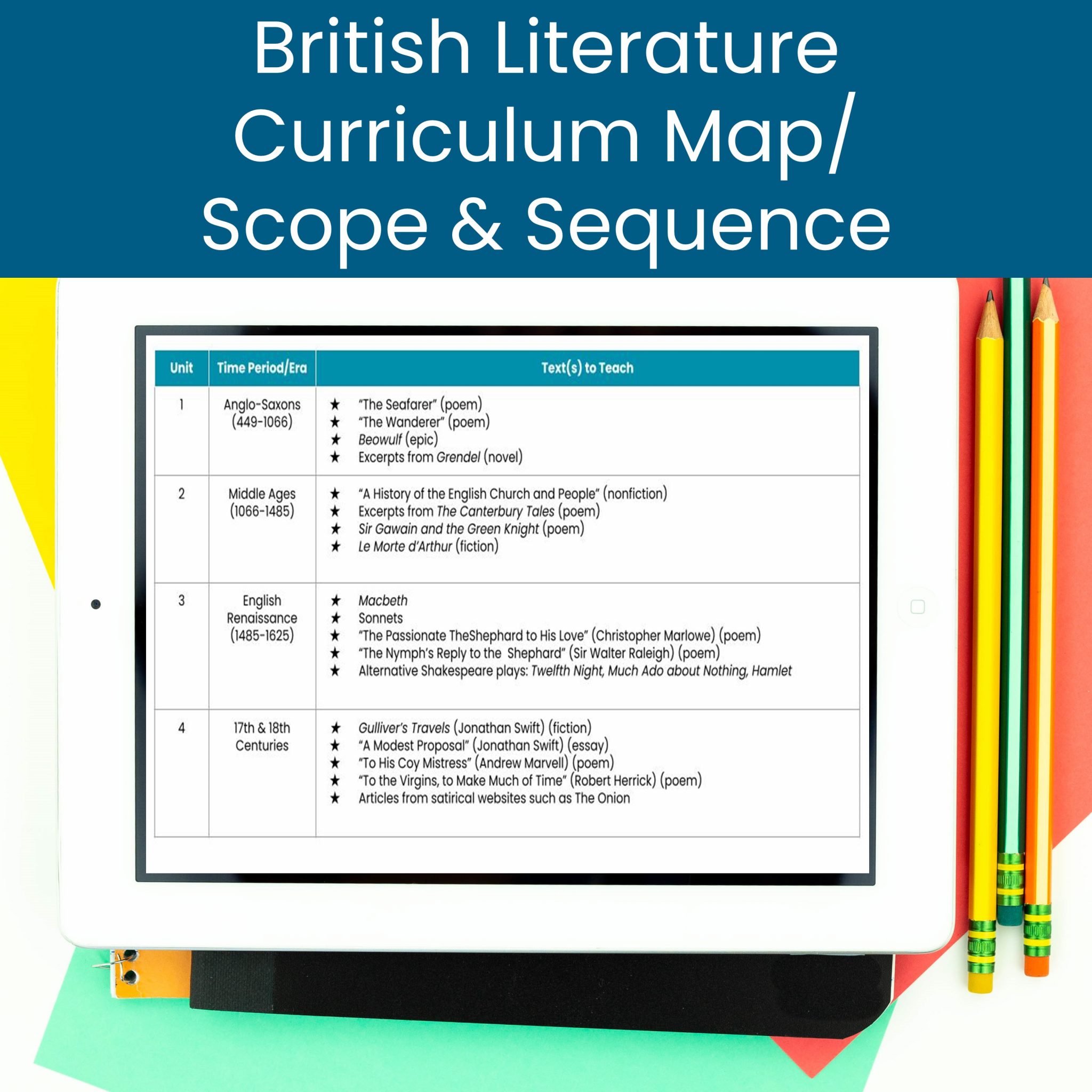 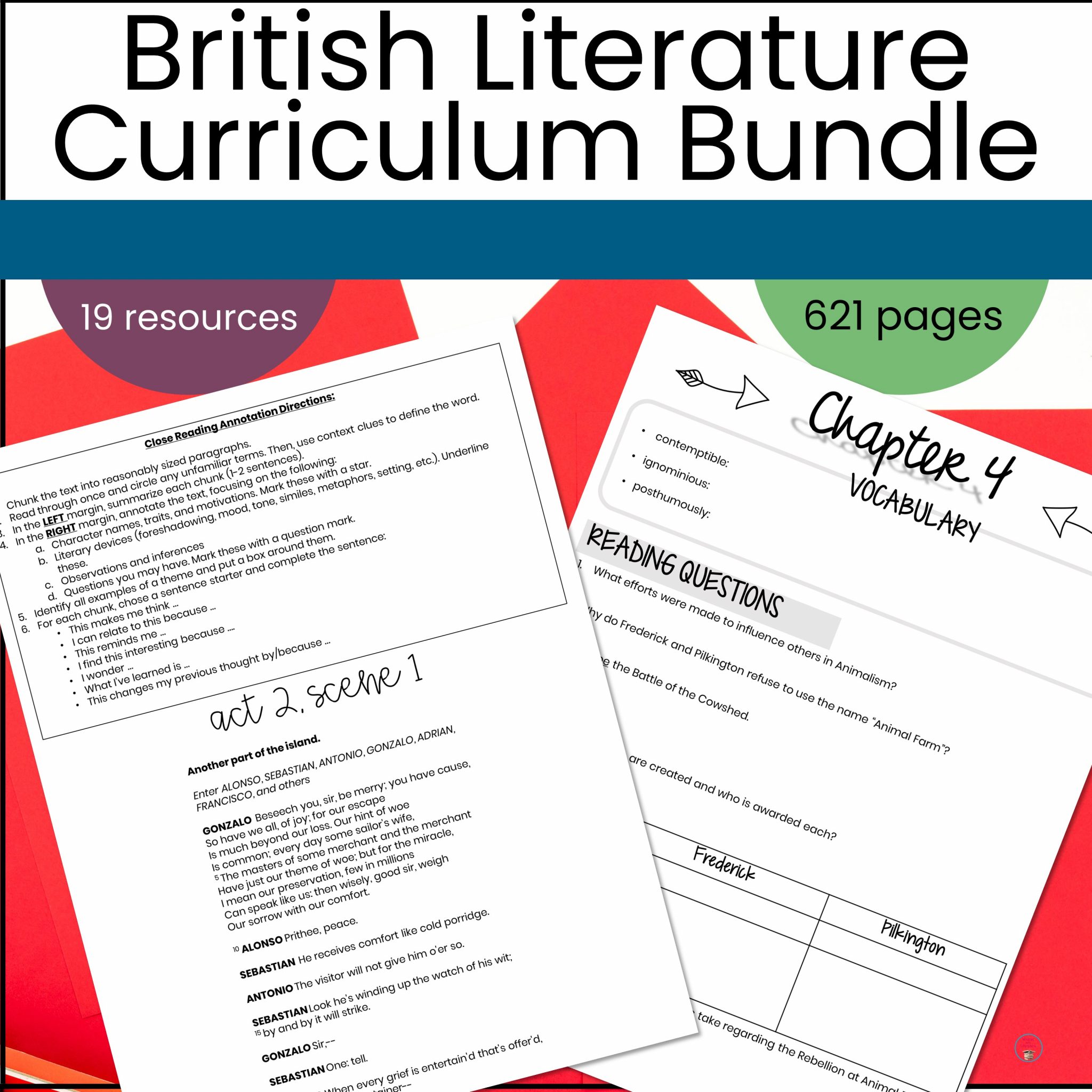 And as always, happy teaching 😃 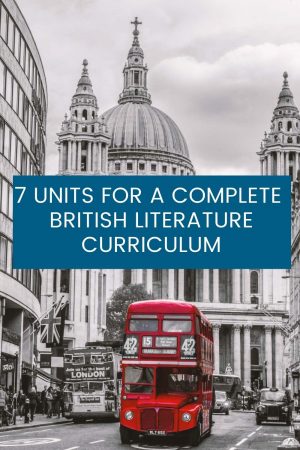