Along with teaching characterization, plot structure is one of the foundational elements of literature that we cover. Our standard lesson plan for teaching plot structure is as follows: Review the 5 parts of Freytag’s pyramid. Read the story. Complete a plot diagram. Repeat. And this typically works – if the text follows a traditional, chronological plot structure.

But what about those texts that are less traditional? As we strive to include texts that aren’t necessarily canon, we encounter some of these alternate plot structures. Rather than shy away from them, we should embrace the departure from a typical five-part plot. 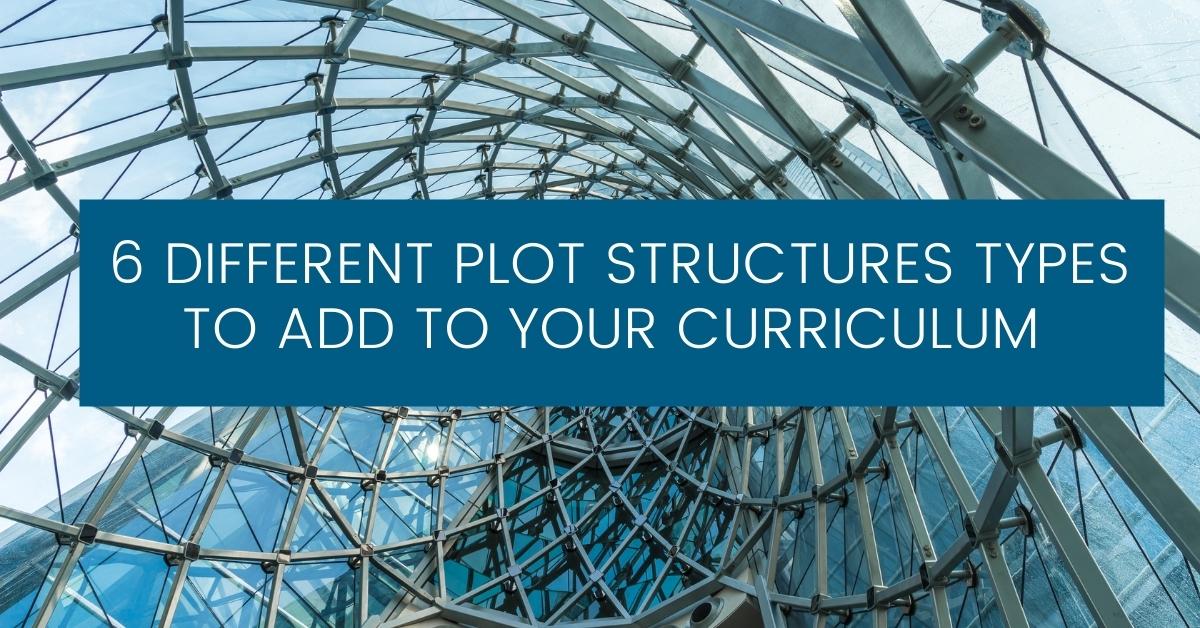 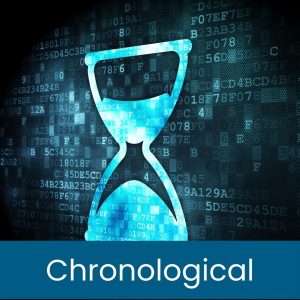 Let’s start at the beginning (cue The Sound of Music soundtrack). Many of the canonical texts we use follow this structure and lend themselves well to the traditional plot pyramid/diagram.

If you’re just introducing your students to plot structures, then this would be a good place to start, as it’s the one followed by many stories that they already know. Plus, it’s how they typically tell stories themselves.

Start off by reviewing the plot of a commonly known story, like a fairy tale. Or have students write a list of instructions on how to complete a simple task, like making a peanut butter and jelly sandwich. (Bonus points if you actually follow their instructions as part of a class demonstration).

Then, review the five parts: exposition, rising action, climax, falling action, and resolution. I say this with a few caveats:

If students are struggling to find the climax, have them look for the falling action, and then look for what happens right before. Boom. Climax.

It’s also important to remember that the climax doesn’t always come in the middle of the story, even though it’s the middle of the pyramid. One of my favorite short stories for teaching plot structure is “The Most Dangerous Game”. The climax comes towards the end of the story when Rainsford is face-to-face with Zaroff. While there are other exciting/tense/suspenseful moments, this is the moment the protagonist faces the conflict head-on. 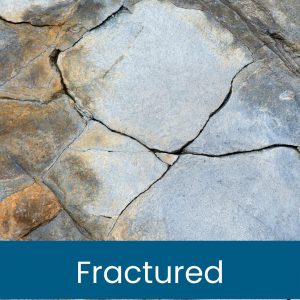 The second most commonly seen plot structure is the fractured plot structure. These are set up a little less linearly, often including flashbacks, or being written in media res (in the middle of the action).

While fractured plot structures can be a little more difficult to follow than traditional chronological ones, students can usually grasp them pretty quickly.

When teaching fractured plot structures, it’s helpful to give students a list of indicators or keywords – words and phrases such as “Once upon a time”, “Back in -”, “I remember”, and past tense verbs. Once students pick up on these, it’s easier to keep the timeline straight.

Pretty much any Edgar Allan Poe short story will work for this plot structure. 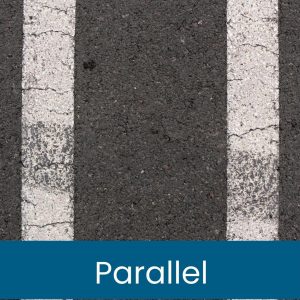 Parallel plot structures include two or more plot lines that occur simultaneously. Think parallel lines in math – running alongside each other but not intersecting (although, sometimes these plot lines do cross).

Take Romeo and Juliet for example. You have the main plot line of the doomed romance between the two teens running alongside the plot of the feud between the Montagues and the Capulets.

Another example is A Midsummer Night’s Dream (and honestly, a lot of Shakespeare plays). On the one hand, you have the love triangle (rectangle?) between Hermia, Lysander, Helena, and Demetrius. On the other hand, you have the feud between Titania and Oberon. Add to that the actors and their attempts at Pyramus and Thisbe, and you’ve got quite a lot to keep track of – especially when these three plots interact. 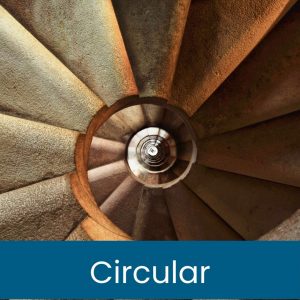 Just what it sounds like – stories that begin and end in the same place. One of the best examples of this is The Odyssey, which follows a Hero’s Journey format.

Other texts include Alice in Wonderland and The Chronicles of Narnia. In both cases, the protagonist(s) begin in the ordinary world, travel to a fantasy land, have some adventures, and return to the “real” world, which has changed little while they were away.

Circular plot structures fall between chronological and parallel in terms of complexity.

They’re not linear, but they do follow a predictable pattern. This can be confusing for readers the first time they encounter it because it can feel like the characters didn’t experience any growth (note: great time for a mini-lesson on characterization), but the characters often learn some valuable lesson along the way. Knowing how the story ends, in a way, allows the reader to focus on the journey of the characters themselves.

This narrative structure is one of the most difficult to follow, as it presents a specific event from many different viewpoints. In recent years, bestselling books such as Gone Girl, The Girl on the Train, and Big Little Lies, all following this format, have been adapted for movies or tv. Sometimes these texts focus on a single event that occurred in a short period of time, and sometimes they focus on a longer series of events – often presented chronologically.

This plot structure has also been used in several YA novels that have been published in the last few years. The Cousins is told from the perspective of three estranged cousins who have been summoned to work at their grandmother’s island resort for the summer. Secrets are revealed and their family’s dark history comes to light.

Another YA novel that follows this structure is The Walls Around Us. I recently read this book over spring break and was hooked. Told from the perspectives of Amber,  an inmate at a juvenile detention center, and Violet, a ballerina on her way to Juilliard, this novel weaves mystery and suspense together with a bit of the supernatural. 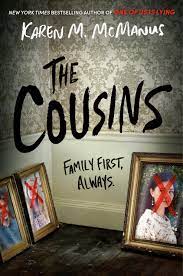 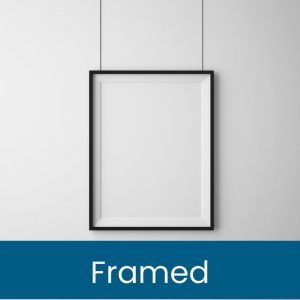 The final narrative structure is framed, which are stories within stories. The Wizard of Oz (one of my all-time favorite movies). A Midsummer Night’s Dream. The Taming of the Shrew. Inception.

Oz is merely a dream, embedded into the larger story of Dorthy’s life in Kansas. The plays in Hamlet and The Taming of the Shrew are being performed for characters in the text, but the plays are meant to stand as a separate entity as well. The dream world of Inception, although created by the characters, represents an alternate reality of sorts.

If you’re looking for more ideas on teaching literary elements, check out these other posts:

Want ideas for short stories to teach plot structure? Check out these other blog posts:

9 Unique Short Stories Pairings for “The Gift of the Magi”

4 Coming of Age Stories for the Secondary Classroom

Ready to tackle these alternate plot structures? Subscribe to the newsletter below. Be the first to know about new blogs and teaching resources. And grab your FREE plot structures interactive notebook foldables.

What are your favorite short stories or novels for teaching plot structure? Comment below, or come visit me on Instagram.

Want to be the first to know about new blog posts and teaching resources? Subscribe to the Windows into Literature newsletter :)

Looking for ways to engage your reluctant high school learners? Subscribe and get your free guide today.

You have successfully joined our subscriber list. Your free guide "10 Ideas for Engaging High School Students" is on its way to your inbox. 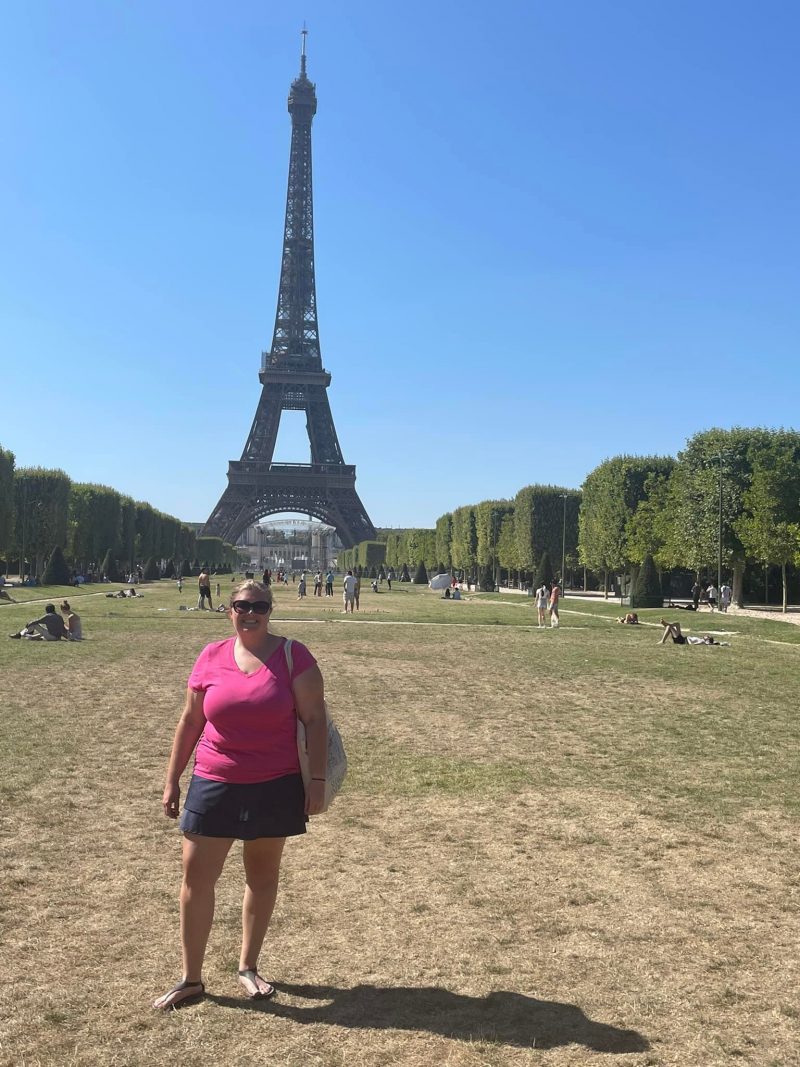 Born and raised in the Carolinas and now residing in sunny Florida with my husband.

Currently in my 13th year teaching – 11 years in the US and 2 overseas.

Huge fan of traveling – I’ve visited as many countries as I have states (if not more). I’m happiest exploring new places, soaking up local cultures, and wandering side streets.